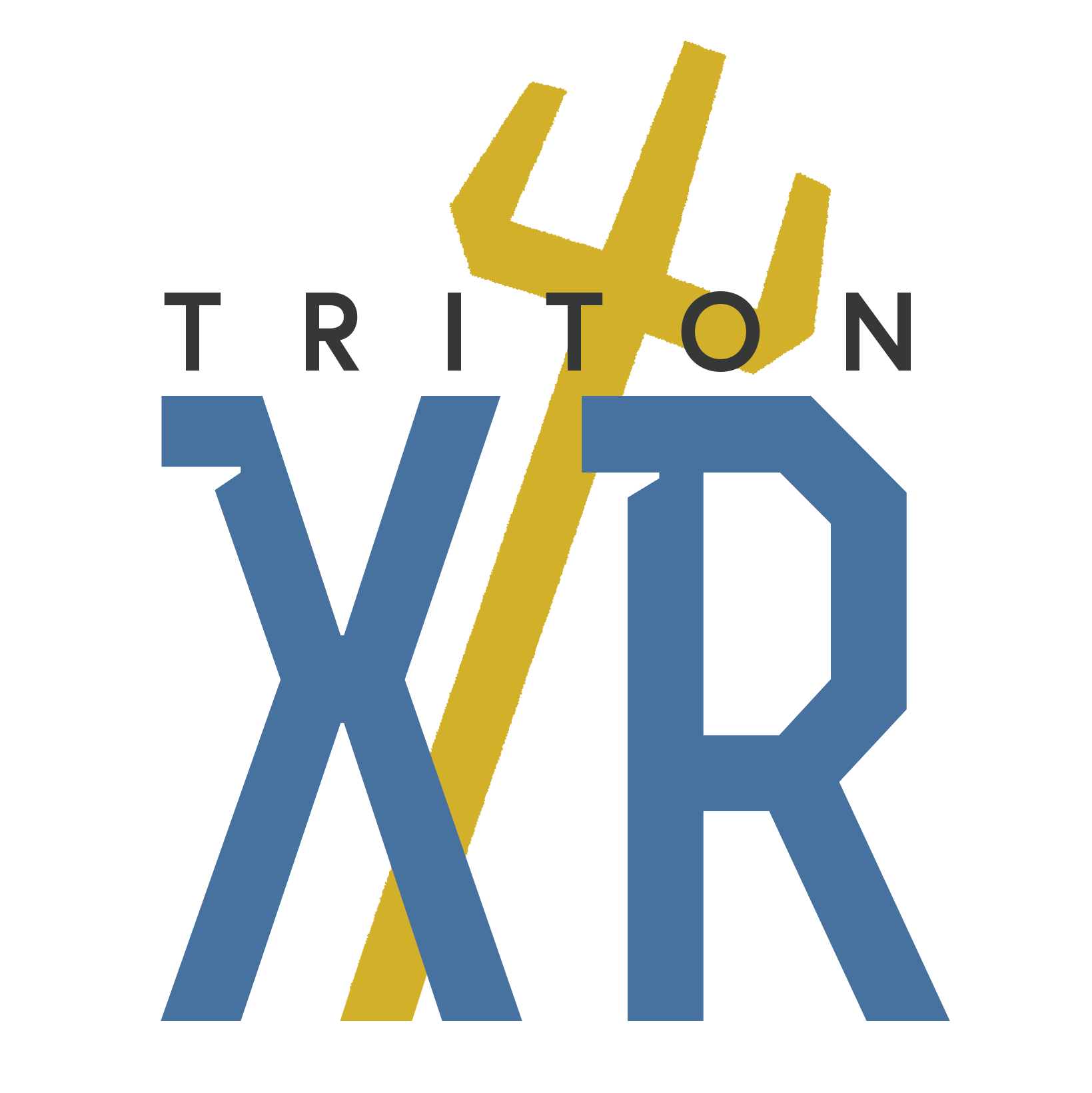 RHYTHM DUNGEON
OVERVIEW
Let's talk Virtual Reality
We’ve all heard about games like Guitar Hero and RockBand. Have you ever heard of Beat Saber VR? In VR, rhythm games have not been fully translated because of its difficulty of tackling spatial orientation and dealing with technological constraints. My team wanted to create a similar experience to Beat Saber and Guitar Hero by incorporating elements where  you would have to fend yourself from flaming arrows that launch according to the beat of the music. 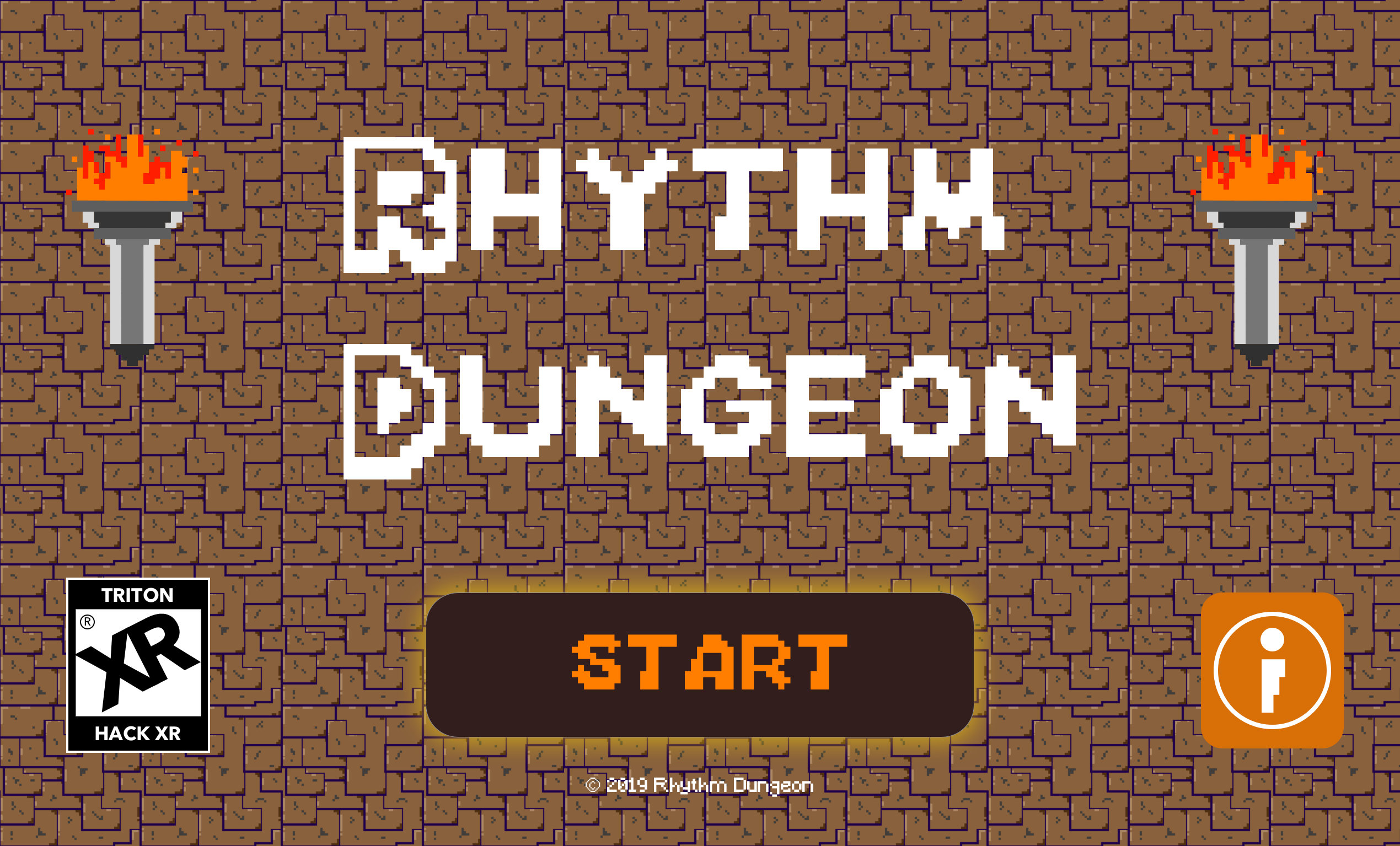 THE PRODUCT
“This game is awesome! You guys should release it on Steam.”
Rhythm Dungeon emulates an epic fight scene where you have to fend yourself from blazing arrows. Users are given a shield to deflect arrows that are fired according to the beat of the in-game music. In order to “win” the player must survive until the song ends. 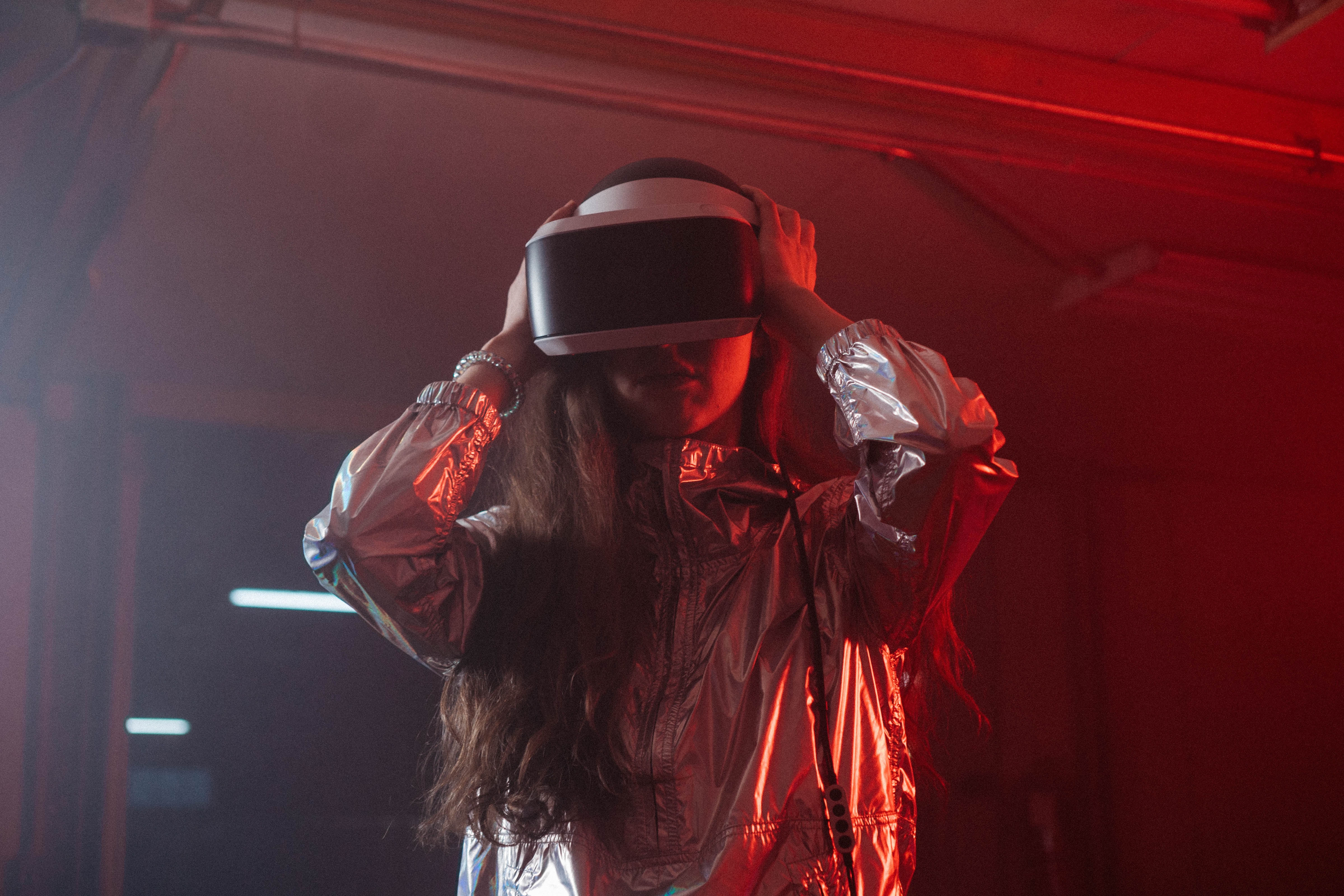 TOOLS & MOTIVATION
Why VR and not 2D?
The gaming industry is growing at an exponential rate, and we found it foolish to ignore the amazing opportunities that were available to us especially with VR. When it came to the Hackathon, we decided on an idea that matched our collective interests. Our group as a whole is musically oriented, which led us to integrate rhythm as a key component of our game.

With Oculus Facebook Technologies being one of the main sponsors of the event, we built the game for the Oculus Rift. Additionally, this was the first time any member on our team had worked in VR so we decided to use the system most commercially available to develop our project. 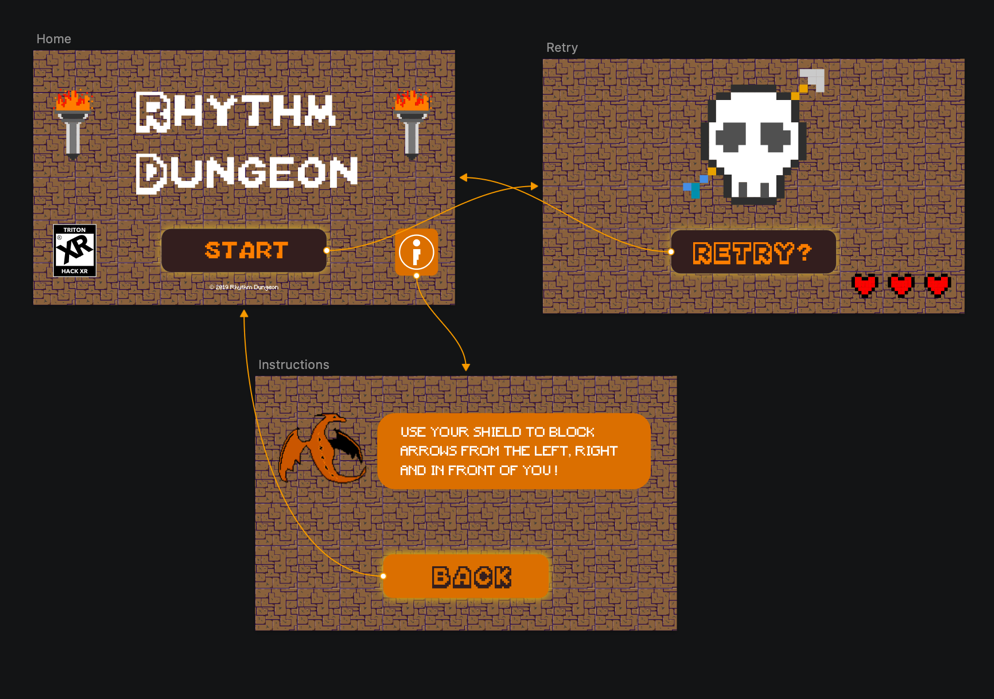 DESIGN PROCESS
How in the world do you design for VR?
Creating the user interface for the game was a unique experience because it was the first for me designing in VR. Because I was designing for a VR game for a Hackathon, I wanted to create the title screen as simple as possible. In Virtual Reality it is much more difficult to navigate through screens, hence, reducing the amount of features and buttons on the screen improves clarity for the user.

A series of user testing involved my teammates and I wearing the VR headset and browsing through the screens and menu buttons. Putting myself in the shoes of the VR player made me realize that the point of the screens should prioritize conveying functionality rather than pretty and intricate user flows.
I also created my own custom 3D models and pixel art for the game. This was my first ever encounter with 3D Modeling. It was tricky to learn at least the fundamentals of the Blender software under 5 hours, but was happy with the result. Below, I created a few models of the flaming arrows and the shield that is used in the game. 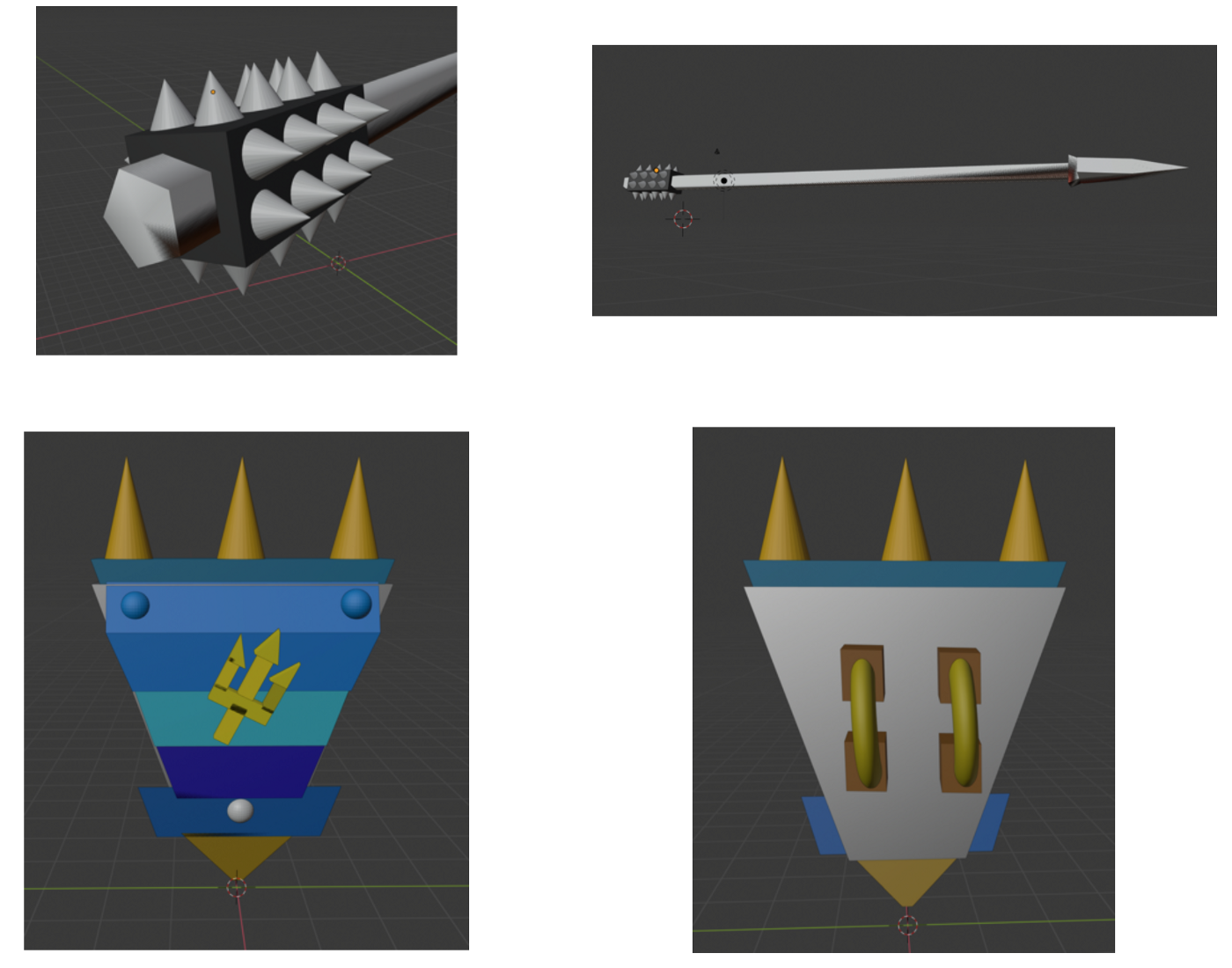 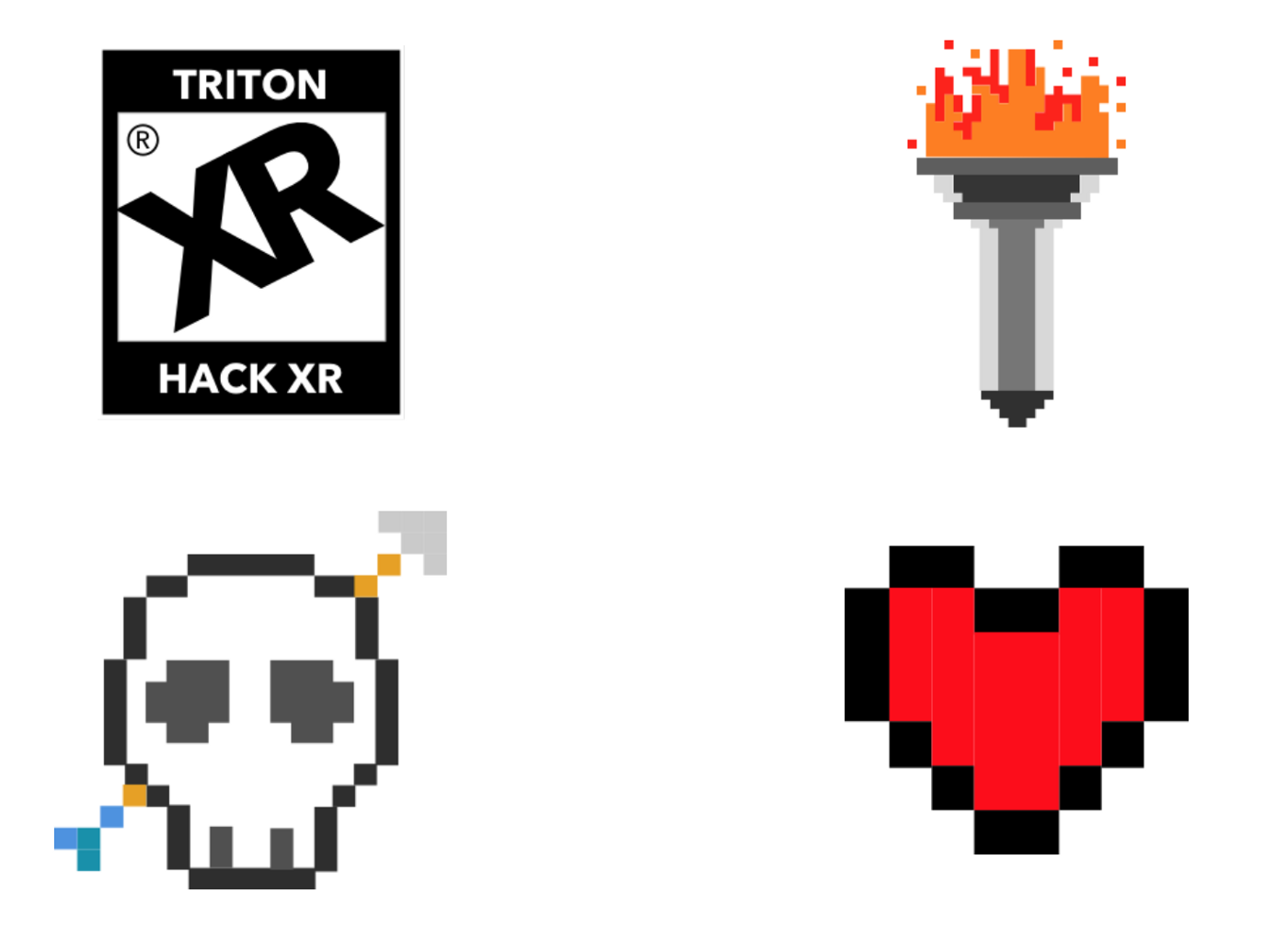 RESULTS
We're on top of the world!
My team went on to win Hack XR and was gifted with awesome VR gear from our sponsors. Our submission is part of HackXR, UC San Diego’s virtual, augmented, and mixed reality hackathon. It is hosted yearly by TritonXR, a student organization, bridging the gap of Extended Reality with students on campus. 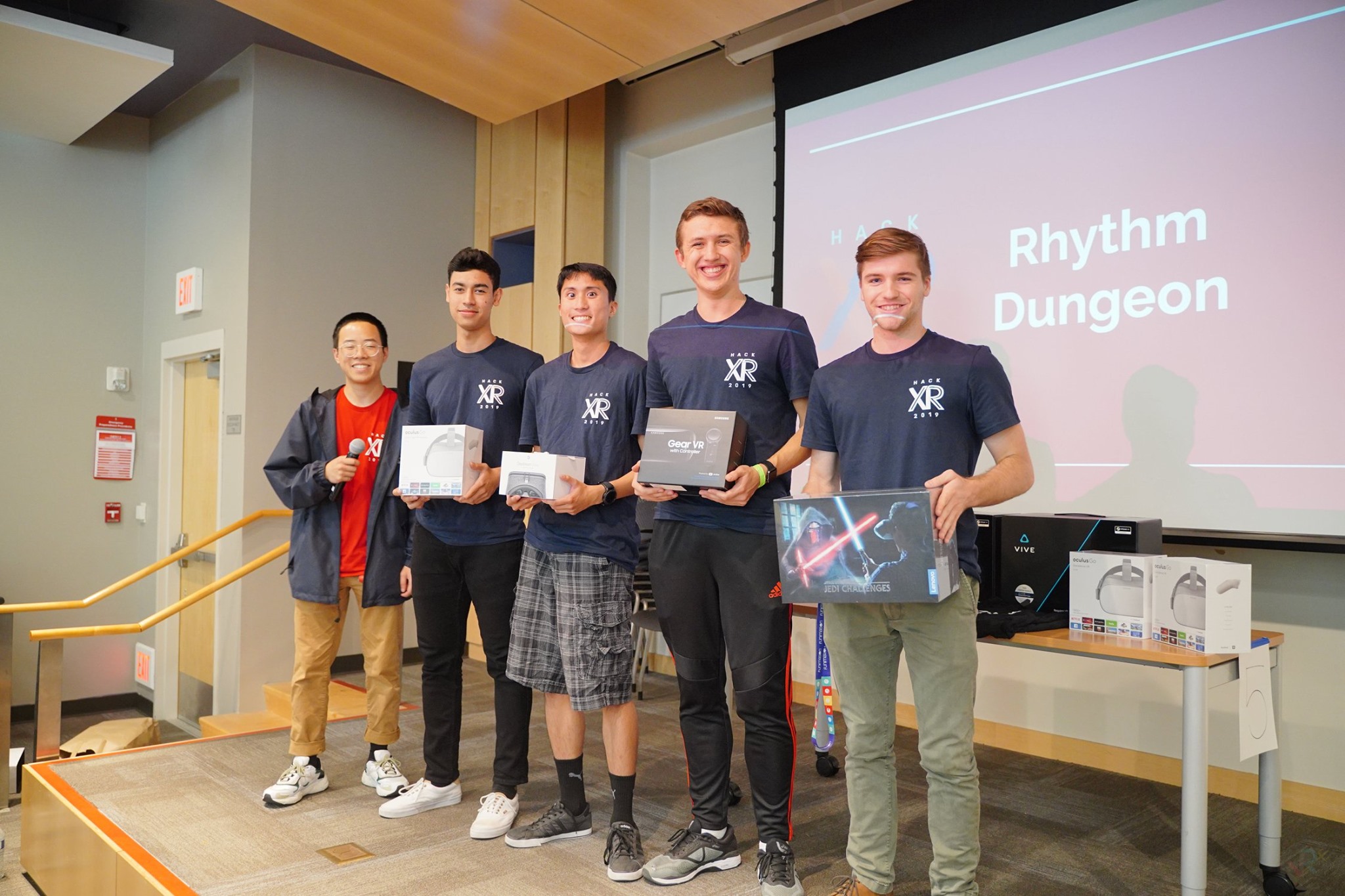